So here we are at the end of yet another year. 2012 was a strength builder for sure! This year in my own life I experienced incredible moments of self pride and self worth as well as moments of complete humility. My heart was filled with unbelievable pain and heartache as well as an overwhelming and abundant feeling of love. In the world people seemed to be pushed to to brink of strength and survival. From the natural disasters that destroyed people's way of living to unspeakable tragedies that tore apart families & communities. This world was pushed.

Throughout it all, I knew, I was blessed and loved and supported and no matter what, just fine.
What I also wad amazed to see in the world was the human spirit at work at the highest vibration. From 14 year old activist, Malala Yousufzai who was shot for wanting to learn to hurricane Sandy taking out whole communities, to the stupid amounts of people being killed on streets of Chicago and the tragic deaths of Newtown to the young girls being raped in India. People banded together to protest, rebuild, pray, cry, raise money, raise awareness, heal and so forth etc...

So as I am sitting in my home, I am
overwhelmed by the blessings the universe has heaped upon my whole life. God chose me to be born of parents who chose to leave their homes to raise me in a country filled with every kind of convenience and abundance. God blessed me with a mother that worked incredibly hard to give me a safe and enriched existence. God chose me to be healthy mind body and spirit. God chose me to survive all of my dangerous mistakes unscathed, God chose me to give birth to an amazing child who is healthy. God chose me live in a time and space where I can express myself freely, live my life how I see fit, love whom I choose to love. God chose me...so when I look back on 2012, thank you God for choosing me to not have to live through some of the atrocities that many of my fellow beings are surviving through now. Thank you for choosing me to live yet another year of such a blessed life. Cheers to 2013!

It's hard to see light with so much darkness! It's hard to find good in so much evil, yet time and time again we are forced to unearth the silver lining, the peace. Why? because our babies look to us as parents to explain and rationalize the acts of horror that they either directly or indirectly, have been forced to experience. Give it peace...make it ok...kiss the proverbial pain away.
Much like many parents, i am faced with this horrible dilemma and so much more horrifying because i've found myself here all too often in the recent years. "Mom why did that person decide to kill all those people he didn't know?" Am I safe? Mom, why did my really amazing Uncle with a heart of gold get shot in a drive by?" Am I safe? Mom, why did my that guy try to blow up the plane, should we really be traveling? Am I safe? Mom, mom, mom, I don't understand why someone would go into a school and...Unspeakable, Am I safe? I don't know why either son and you are safe with me.

What words can I give you son? I guess at this time we sit in thankfulness and the grace of God in our lives. We appreciate each minute, hour, day, month, year, lifetime for the lives we get to be blessed with knowing, loving and caring for. for those same lives that love and car so deeply for you and would do anything to protect you. You are loved. Let that give you peace. Help you feel safe.

For me, unlike so many this evening, I have my son at home in his bed fast asleep. He feels safe at home, in his neighborhood, at school, in his own skin. That is my peace.
Posted by Unknown at 12:08 AM No comments:

We've all been anticipating this moment or at least some us are. I think for me it is about maximizing my spiritual connectedness. I feel like I've been a little off with my prayer and meditation so this is the perfect day to get back on it!

I think what I've been a little afraid of really is where my deeper prayer and meditation will take me. We are living in such extremely spiritual times. I can almost feel the energy coming from my fingertips and that is when when I'm not so connected. I can only imagine what I'd be feeling if I was on the spiritual deep.

According to my google search and multiple conversations with people, 12/12/12 is supposed to be a very incredibly powerful & spiritual day. It is supposed to be a day of not only spiritual connectivity, but "mathematical magic" (I read that somewhere), but I get it. From ancient and medieval weights and measurements to our 12 month calendar year to the divider of our days and nights to the dozen roses I've been waiting to show up for some time now

How about the fact that Jesus had 12 apostles, Judaism has the 12 tribes of Israel, and the followers of Shia Islam note that the prophet Muhammad has 12 successors called Imams? Amazing!

What does this day look like to you? Are you going to live it like every other day or maybe dive into something that you've putting off for this year. What will happen for you today? Will you make that life-changing decision? However your day presents itself to you, I implore you to take a moment to be still. Heighten your awareness about those things seen and unseen.

So as I prepare to go a little deeper today, I acknowledge the power in this day and take full advantage of this most excellent and spiritually palatable day, letting every minute of the day matter. 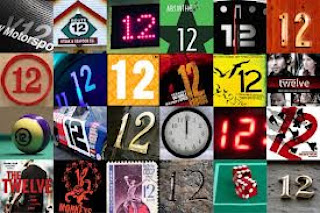 On this day December 1st, every year since 1988, people around the world are encouraged to raise their  level of awareness by getting tested, donating to charities, reading, writing and listening to stories, basically encouraging the world to be united for this day to fight against this epidemic.

It's great to see such amazing response!  It has been great to see people get up and run/walk a variety of races around the world and donating their time & monies raised to fight against this disease.

On this day I choose to acknowledge and remember mothers.  Why mothers?  Because I am a mother.  I am a healthy mother with a healthy child and I couldn't imagine having go through what so many women who have been either infected and/or affected by HIV/AIDS to have gone through or are currently going through.  Highlighting their strength and positive force is important because we know that is what is causing profound change.

According to The World Health Organization

http://www.who.int/mediacentre/news/releases/2011/hiv_20111130/en/index.html
"Global progress in both preventing and treating HIV emphasizes the benefits of sustaining investment in HIV/AIDS over the longer term. The latest report by the WHO, UNICEF and UNAIDS Report on the global HIV/AIDS response indicates that increased access to HIV services resulted in a 15% reduction of new infections over the past decade and a 22% decline in AIDS-related deaths in the last five years.

"It has taken the world ten years to achieve this level of momentum," says Gottfried Hirnschall, Director of WHO's HIV Department. "There is now a very real possibility of getting ahead of the epidemic. Their are so many women that I wanted to highlight here, but one that has stayed with me since the moment I heard her story and had the pleasure of finally meeting her.
This women/mother's name is Thembi.  I had the pleasure of meeting her at a local entertainment venue in Chicago.  She was traveling from South Africa with/for a public radio show called "Radio Diaries."  She was a young fashion forward powerhouse.  She had a smile that lit up the room and her laugh...so sweet.  You would never know this young woman had contracted the virus that eventually took her life.

Thembi was a fighter.  She was not afraid to let people know about her HIV positive status.  She did this so she could educate and empower and make a difference.  Her fight brought awareness.  Her story was like so many young girls, she contracted it from a boyfriend.  She found out that a boy she dated had died from the virus.  She started dating another young man who she unknowingly infected, but despite his diagnosis, he stayed with her and they had a child together.

In her short 24 years of life, she made sure that the virus that infected her did not defeat her.  She met with world leaders and fearlessly addressed South African Parliament to challenge their way of dealing with this epidemic that was crippling their country.

"Accept that AIDS is here," she told the country's leaders. The Sunday Independent reported that Thembi's presentation was "compelling" and a "step in the right direction" for a country that has been "grappling for years with institutional silence on AIDS."

Her fight began the moment that she was infected, but her vision and momentum picked up when she became a mother.  She wanted her daughter to experience a different kind of world than the one she did.  She wanted to leave a legacy not of defeat, but triumph.

Please take some time out of your day to read a little more about this wonderful angel or listen to her radio diary.  Thembi will inspire you to be your best self and stand up for something you believe in.